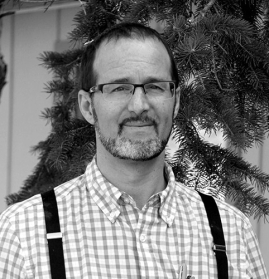 Ian Kleinsasser is an independent researcher based out of Crystal Spring Hutterite Community near St. Agathe, MB. He holds a Bachelor of Arts and an Education after degree from Brandon University. Ian has given numerous presentations at the annual conference for Hutterite German teachers and at the International Conference for Hutterite Educators. His groundbreaking article on the 1992 Schmiedeleut church schism will be published in Navigating Tradition and Innovation on the Hutterian Brethren Book Centre imprint this summer. Ian’s research focuses primarily on the Hutterianism of the 19th-20th centuries. Ian is the busy father of five lively children who are a constant reminder of why he pursues historical research. His work would not be possible without the dedication and support of his wife, Jolene. Jacob D. Maendel, the namesake of this lecture series, is his maternal grandfather.

The first lecture will focus on the early settlement period (1918-1930). Main themes include:

Lecture 2 | “Like the World, Only Later in Time”: The Struggle with Acculturation

The second lecture will focus on the period between 1930-1974. Its main themes include:

The final lecture will develop some of the topics briefly introduced in the second lecture, beginning with the Hutterite-Bruderhof reuniting in 1974. Its main themes are:

Jacob D. Maendel was a Hutterite teacher, pastor, and community leader. Born in 1911 at Rosedale Community near Alexandria, South Dakota, he migrated to Manitoba in 1918 when Hutterites fled political persecution because of their commitment to nonviolence. He was chosen as minister in 1949 at New Rosedale Community and went on to become widely regarded as a leader ahead of his time.
In an era when it was considered good economic sense to clear wooded land for use as fertile farmland, he insisted that strips of forest be conserved as ecological buffer zones. Both the task of selecting the site for a new community and the work of establishing Fairholme Community (1957–1959) was informed by his deep appreciation for nature: Jacob insisted on an acreage of bush above the Assiniboine River, and ensured that the natural environment remains as intact as possible, thereby gaining a reputation as “a staunch defender of trees.”
Jacob Maendel also had an ecumenical vision. Although Hutterites of the mid-20th century were characterized by exclusivism and sectarianism, Jacob was open to learning from non-Hutterites in a way that was enriching for the larger Hutterian Community. His outward-looking vision of faithful Christian discipleship lead to newcomers—families, as well as single adults—visiting New Rosedale: some stayed briefly, while others became permanent members.
Despite his basic grade seven education, he was a self-educated life-long learner who read widely and introduced his students to great thinkers like Dietrich Bonhoeffer, Sigmund Freud, Helen Keller, and John Milton. Maendel understood the value of a culturally sensitive education and his vision lead to the teaching career of Peter Maendel—the first Hutterite to attend and graduate from the Manitoba Teacher’s College. This resulted in the unique dynasty of Maendel educators among Manitoba Hutterites today.
Ultimately, Jacob’s vision and focus were the impetus for a surge of interest in education among Schmiedeleut I Hutterites that has culminated in nearly one hundred Hutterite teachers holding Arts and Education degrees and teaching Hutterite children in their respective communities.
Jacob Maendel died in 1972. With gratitude to God for the work, witness, and inspiration of Jacob D. Maendel, we name this centennial lecture series in his honour.